Actor Bruce Willis’ career-ending announcement has put the national spotlight on aphasia, a disorder caused by damage to the parts of the brain responsible for language, expression and comprehension. The popular action star, 67, made famous for his role in the “Die Hard” film franchise, was recently diagnosed with aphasia, his family said, announcing his retirement on March 30 via social media.

On learning the news, legions of Willis fans expressed surprise and sorrow on Twitter, Instagram and Facebook, many asking the question: will he ever return to acting? 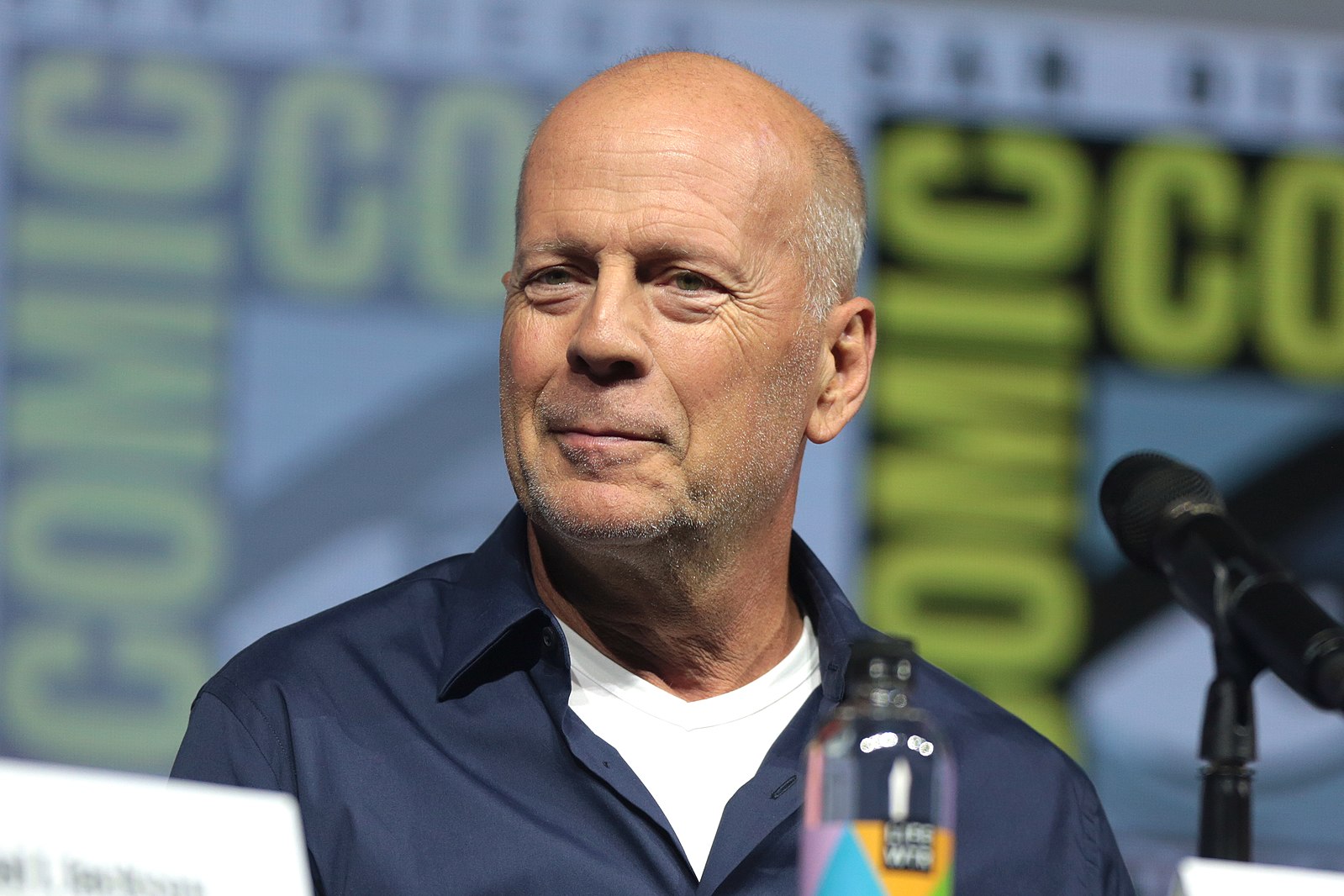 As pharmacists know, there are a range of techniques to support patients with aphasia, especially with medication therapy management, med sync and medication adherence. Readers who enjoyed our “How adherence helps with … (fill in the blank)” medication compliance blog series may be interested to know the role of compliance in treating aphasia, stroke, dementia and other related conditions.

Before we dive into the medication side of aphasia treatment, let’s explore aphasia – which affects about 1 in 250 Americans – in a little more depth.

Different types of brain damage or trauma, most commonly a stroke, can cause aphasia. Damage to any part of the brain that facilitates language can cause an aphasia. The disorder can take different forms that range from mild to severe, depending on which parts of the brain are injured.

Difficulty speaking is common, but aphasia symptoms go beyond that. Many patients have trouble both speaking and writing, or with listening and understanding speech, as well as reading. The disorder can come on suddenly (as in, immediately following a stroke) or it can progress gradually. Aphasia is often associated with Alzheimer’s disease.

How is aphasia treated?

Treatments for aphasia primarily depend on the cause of the disorder. One treatment that is almost universally prescribed – and effective – is speech therapy. Depending on the nature of the aphasia in a specific patient, speech therapy may be tailored and applied differently. Perhaps equally important are communication strategies for loved ones, who want to effectively speak on a regular basis with the person with aphasia. In addition, there are factors to consider such as quality of life, everyday safety, and paying attention to mood, as well as other resources such as support groups.

For aphasia that occurs as a result of stroke, pharmacists need to home in on two vital signs: blood pressure and cholesterol.

According to a study published in the Canadian Medical Association Journal, a majority of stroke patients – when tested 6 months or 12 months after their stroke – were still found to have uncontrolled hypertension and uncontrolled high cholesterol.

"[This] puts the patients at an increased risk of recurrent events, including strokes, heart attacks, amputation from peripheral vascular disease, and death, "said Finlay McAlister, professor of Medicine at the University of Alberta and lead author of the study.

McAlister and his team examined 279 men in a randomized trial, and found that with pharmacist intervention, stroke patients saw a 43% improvement in their blood pressure and cholesterol levels, compared with a control group.

"The pharmacist had the option to choose the best drug within the class based on patient side-effect profile, whether the patient had drug coverage, and so on,” said McAlister. “Most of the blood pressures and cholesterols were dealt with and controlled fairly well by the pharmacist prescribing the medications."

Since aphasia is often associated with Alzheimer’s disease, it’s helpful to examine how medication compliance (or lack thereof) impacts patients with disorder.

In other words, med compliance for Alzheimer’s patients is far worse than it is for pharmacy patients in general.

In addition, the study notes that nonadherence “was associated with an increased risk of hospitalization or death, while increasing age, choice of medication, use of concomitant medications, and medicines’ costs were reported to decrease medication adherence.”

The study’s authors noted that telehealth home monitoring and treatment modification “were the only interventions reported in the literature to improve medication adherence in this population.”

What can a pharmacy owner do?

We know that improved medication adherence works to benefit patient outcomes. The trick is to simplify medication organization for patients, caregivers and families, using a program that’s easy to understand and implement for all involved.

But how does an independent retail pharmacy create an adherence program, without hiring additional staff? If you’ve ever considered compliance packaging – and specifically pouch packaging – to improve patient adherence, you’re no doubt aware of several challenges:

RapidPakRx is the first system for adherence packaging designed specifically for retail pharmacies to fill up to a 31-day med cycle at the lowest possible cost. RapidPakRx:

To learn more about the RapidPakRx system, visit our product page, schedule a demo with your salesperson, or call now at (866) 393-3944.

As for Bruce Willis and a potential return to the silver screen, only time will tell. But as an actor who often portrayed an “average Joe” who overcame seemingly impossible odds, it might be unwise to write the final scene of Willis’ screenplay just yet. We certainly wish him well. 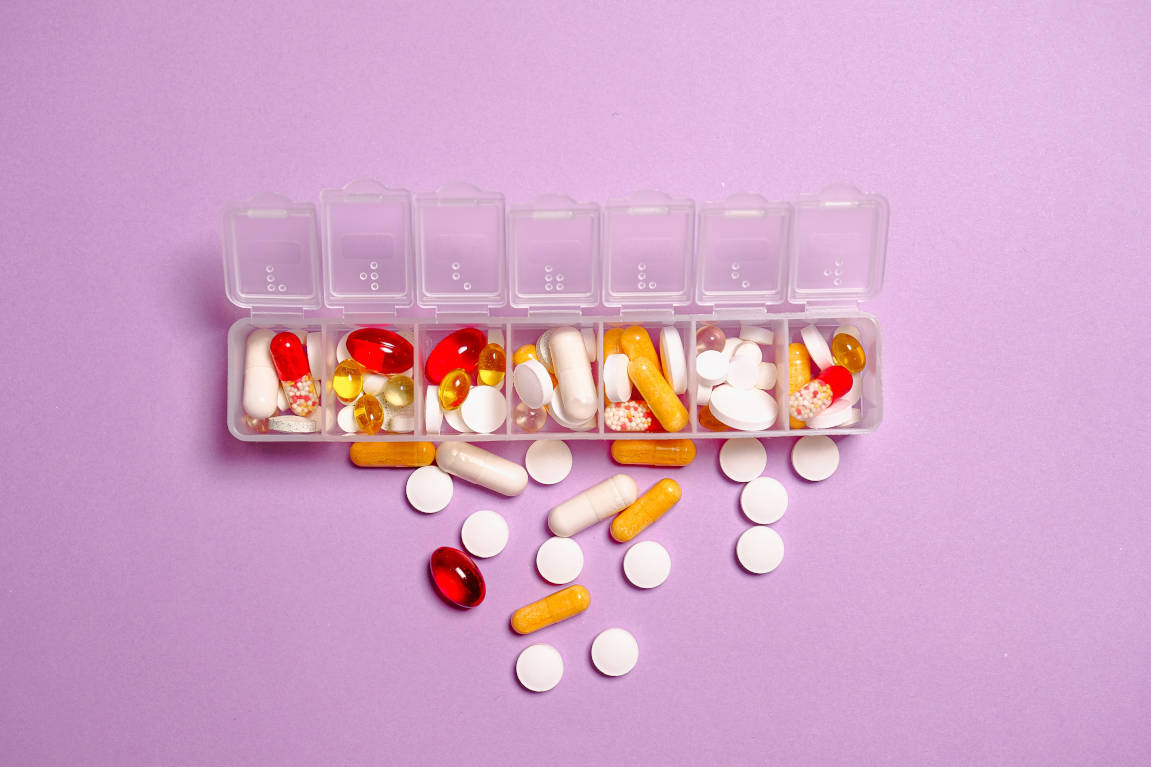 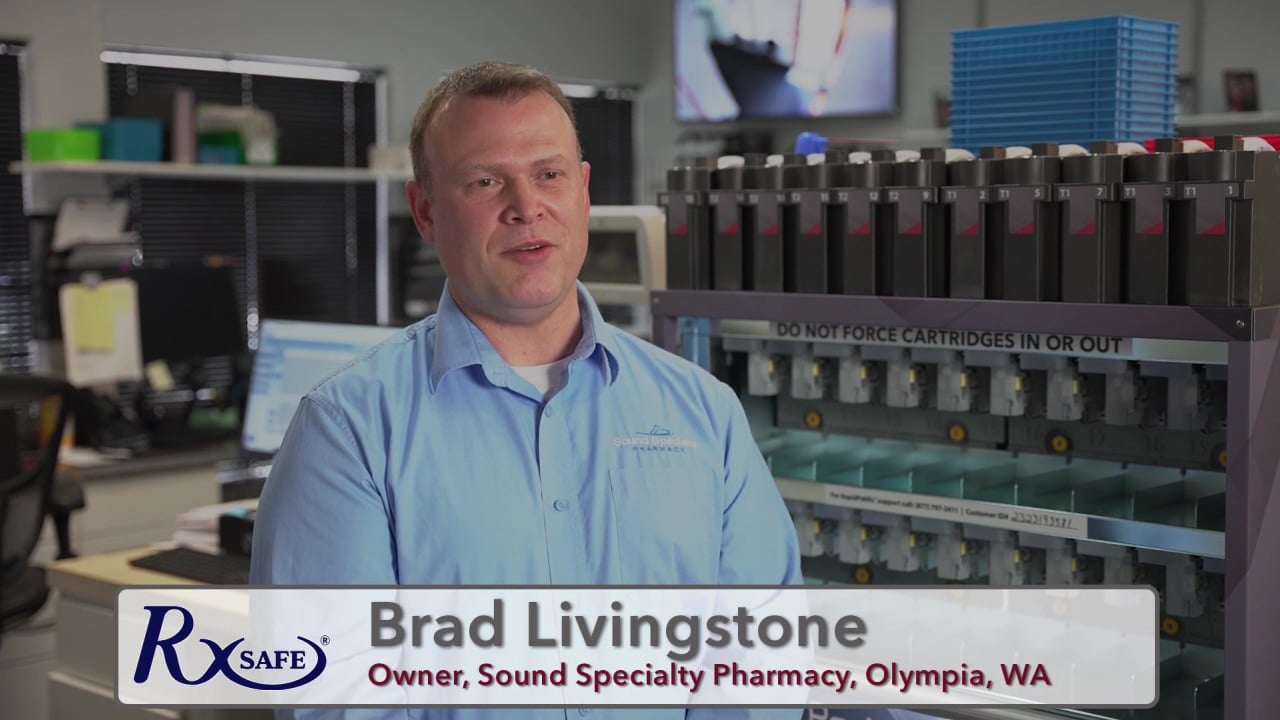 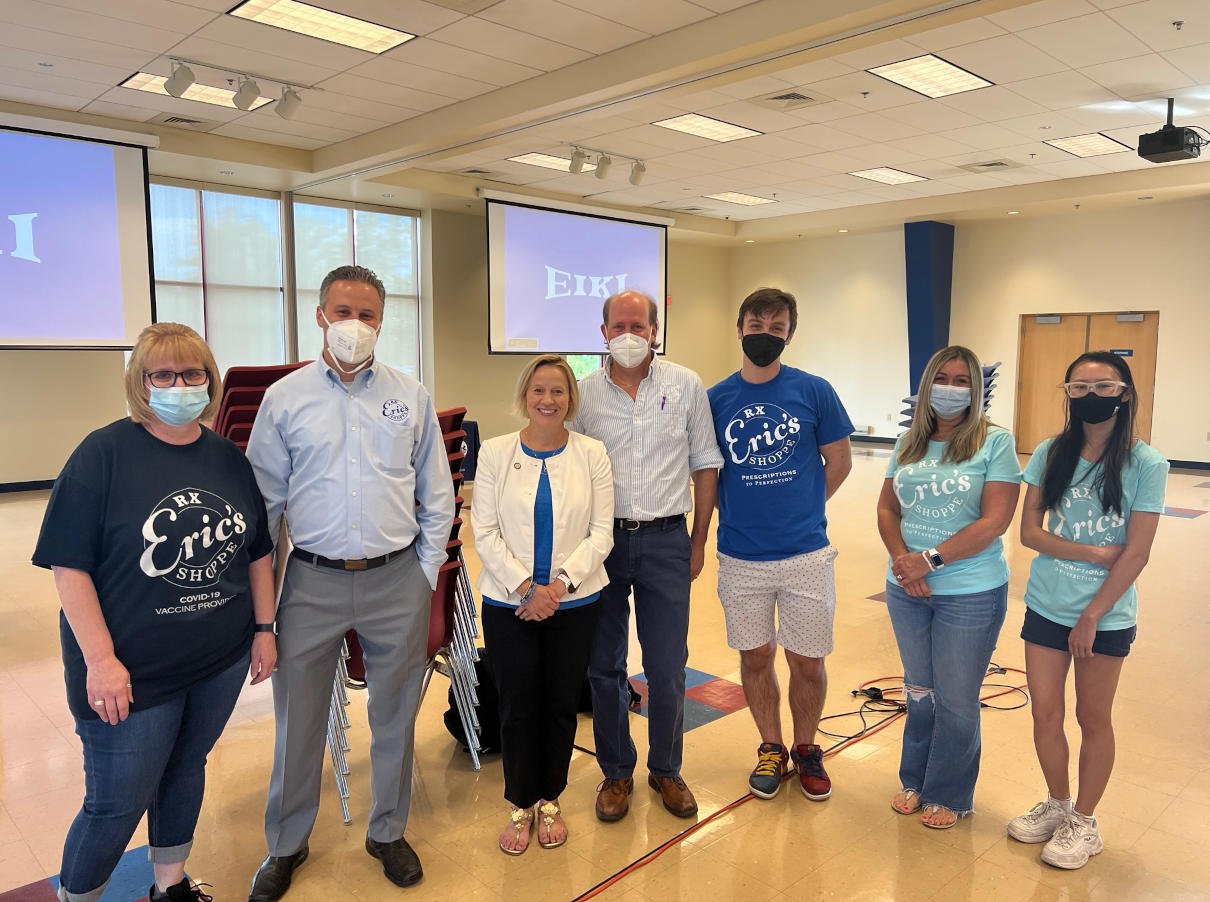 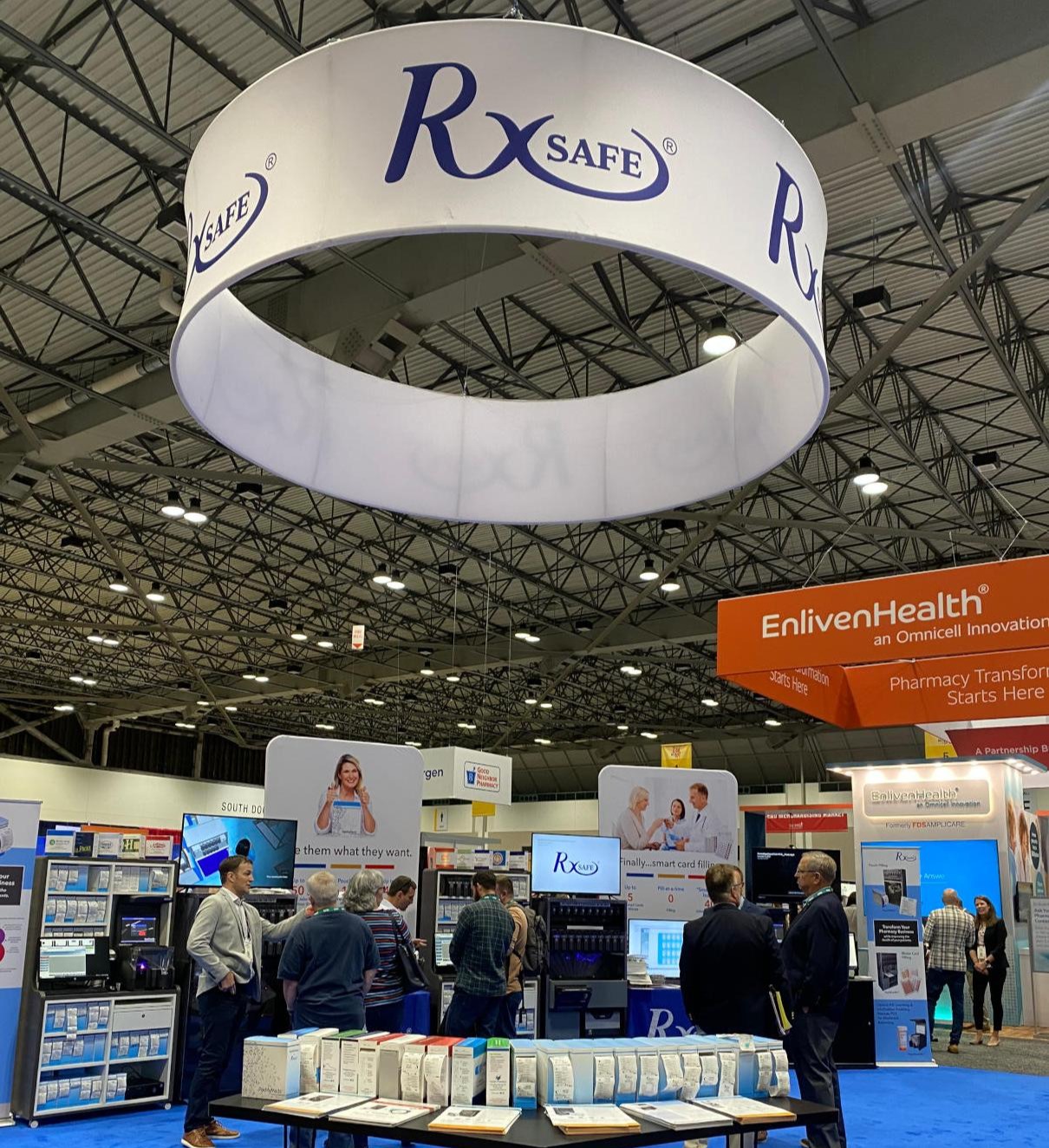